By The PetPlate Team in A Dog's Life, Breed Guides, PetPlate 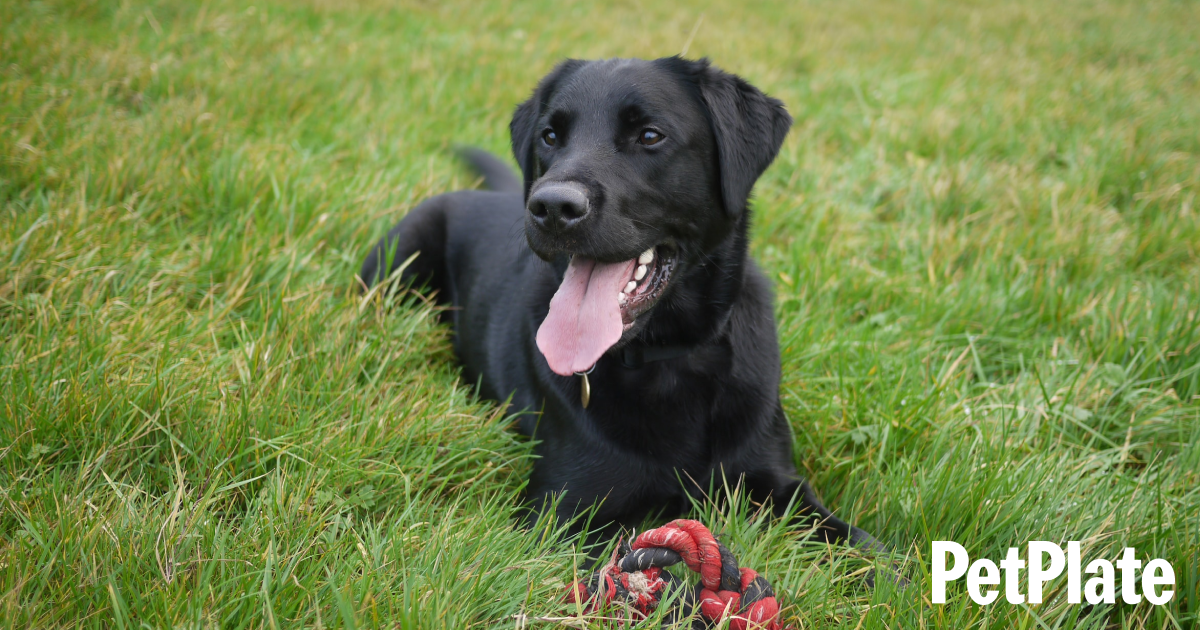 From ancient Egyptian lords of the underworld to Darth Vader, bad guys often appear in ebony. Does this historical, widespread negative association with the color black cause darker dogs to linger longer in shelters? As we head toward National Black Dog Day on October 1st, we’re taking a look!

What is Black Dog Syndrome?

Black dog syndrome is the idea that people are less likely to adopt black dogs than they are to adopt lighter-colored dogs. If two equally adorable puppies from the same litter—one black, one brown— wiggle, wag and wait for homes in a shelter, the black pup will linger longer, according to black dog syndrome. The idea has been around for a while, as has the term “BBD” for big, black dogs. But the terms “black dog syndrome,” and “BDS” popped up in the mid-2000s, after rescue advocate Tamara Delaney launched a website called Black Pearl Dogs.

Are Black Dogs Less Likely to Be Adopted?

Is black dog syndrome real? While shelter workers and volunteers relay a slew of stories about black dogs waiting longer to find homes, the answer may exist in more shades of grey than black and white.

Researchers who reviewed adoption records from no-kill shelters in New York were surprised to find out that coat color didn’t correlate with length of stay. Another 2015 study came to the same conclusion, after investigating data from 16,000+ shelter dogs over the course of four years.

A 2012 study had subjects rank pictures of poodles in all different colors. Participants ranked the black poodles as seeming more friendly than the white poodles.

A different studyopens PDF file that reviewed 1,468 shelter dogs found that black dogs were less likely to be adopted. Yet another study similarly determined that pure black coat color was a negative factor in adoption rates. Why Might Black Dogs Be Less Likely to be Adopted?

Here are a few theories:

People may associate black dogs with darkness and evil. Thanks, Harry Potter (behold the Grim, ie. “the worst omen of death.”) We’re looking at you too, Sherlock Holmes (guess what color the Hound of the Baskervilles was?). Winston Churchill referred to his recurring depression as his “black dog.” And the association of black dogs with evil goes much farther back. Centuries before they were Hostess snack cakes, “devil dogs” were monstrous black dogs with glowing red eyes feared by U.K. residents. People may still, consciously or subconsciously, associate black with negative attributes.

They’re hard to photograph well. With so many adopters beginning the hunt for their furry family members online, a dog’s photos are critical. It’s tough to make a pup look irresistible when their face ends up looking like a shadowy smudge (c’mon, Apple, where’s the Black Dog Photo App?). You can find tons of tips for taking (and editing) better pix of black dogs online.

They don’t pop out in pens. Black dogs may blend into the shadows of a crate or enclosure, making them harder for adopters to notice them. Potential adopters take less than 70 seconds to evaluate a dog in a kennel and may only check out about a third of the dogs available. Some shelter workers train black dogs to come to the front of their enclosures when approached, so they’re easier to spot.

It’s harder to see those puppy dog eyes. It’s more difficult for people to read black dogs’ facial expressions, especially in less-than-stellar indoor light, so they may not experience the immediate emotional connection that often leads to adoption.

Furniture fears. People may be afraid of dark dog hair being more noticeable on light upholstery. One way to fight black dog syndrome is to seek out breeds that are often or always black when you begin your search for a new best friend. Here are some of the most popular:

Doberman: Extremely loyal, loving and sweet with their families, these athletic and intelligent dogs are courageous protectors. Dobermans’ history as military and police dogs has given them a bad rap, but when properly trained and socialized they can be affectionate, playful family members.

Pug: Talk about big personality in a small body! Pugs are loving, loyal, and perfectly portable, with an affectionate and often mischievous nature.

Rottweiler: Calm, courageous and surprisingly silly, these intelligent big dogs are loyal, protective family members. Their powerful physiques and irresponsible owners have led to a “ferocious guard dog” stereotype, but with proper socialization and training, these handsome dogs are no more aggressive than the average dog.

Newfoundland: These gentle giants are known for their sweet teddy bear temperament and docile, intelligent nature that makes them great for families with children.

Poodle: Super-smart and easily trained, these active, athletic dogs are friendly and eager to please, and often have a playful, mischievous side.

Dachshund: Way more courageous than one might think, these fearless lowriders love to be the center of attention and are loyal, playful family members. According to the ASPCA, 3.1 million dogs enter U.S. shelters every year. While a dog’s black coat may make it more challenging to find them a forever home, there are other features that make some dogs harder to adopt out than others, including:

Age: Younger dogs are more likely to be adopted than older dogs.

Size: Smaller dogs are more likely to be adopted than bigger dogs.

Breed: Breeds with unfair reputations, like bully breeds, are less likely to be adopted than other dogs. Also, some jurisdictions and landlords still have laws against owning certain breeds.

Health issues: Dogs born with, or who have developed a health issue or disability can be very difficult to find homes for.

Animal advocate Colleen Paige started National Black Dog Day to honor her black rescue dog, Sailor, whom she adopted as an emaciated and abused shelter dog. After spending the rest of his years adored by Paige, Sailor died at 14 on October 1, 2014. She launched the national holiday to keep his legacy alive and to highlight the plight of all black dogs. Shelters and advocacy groups across the country began promoting special events too.

Regardless of whether their new family member is black or white, spotted or fluffy, adopters say their pup’s appearance was the single most important reason for adopting their particular pet, according to ASPCA research. For 90% of adopters, their potential dog’s health was even more important than the dog’s behavior when it came to choosing a pup. Seeing how the dog interacted with them was another critical factor.

Why does all this adoptability research matter? It could help more dogs find forever homes. Shelters can use the information to create better adoption matches, prioritize resource and staff training and potentially increase adoptions, according to the ASPCA.

“Additionally, some simple training techniques for shelter staff can be gleaned from this, to make sure they are showcasing the wonderful personalities and behaviors of their adoptable dogs and cats,” said Dr. Emily Weiss, Vice President of shelter research and development for the ASPCA. Caring for Your New Dog

Whether you bring home a shiny black dog, fluffy white pal or a striped brindle buddy, you want to be sure to nourish them with the most nutritious, healthy food. PetPlate makes it easy by delivering gently-cooked, vet-designed meals right to your door!

While PetPlate doesn’t customize meal plans based on color, we do personalize every pup’s plan based on important factors like age, breed, activity level and weight to ensure your furry family member gets the ultimate in nutrition—and flavor.

Published by The PetPlate Team

View all posts by The PetPlate Team