Common Puppy Illnesses: What to Consider Before Adopting

By The Pet Plate Team in Pet Plate

Bringing a new puppy into your home means massive changes, especially if you’re a first-time dog owner. Rooms need to be puppy-proofed, walk schedules need to be mapped out, and all kinds of purchases need to be made. As a new puppy owner, you’ve likely done tons of research into which leash to buy, what foods are best, and more.

But there’s an aspect of puppy-care that sometimes gets overlooked, and that’s understanding puppy illnesses. What do symptoms look like? What do new owners need to know? When is it time to take your new pup to the vet? It’s important dog owners have these answers.

Can Stress Make My Puppy Sick?

The first thing to understand is that introducing a puppy to a new environment is stressful. Just like with humans, that stress can manifest itself in different ways. Some puppies may not have a big appetite, or have loose stool… or they may even vomit. Over the course of a day or two, these things aren’t anything to worry about. After your puppy adjusts to its new home (and to you and your family), those problems should go away. However, if they continue, they could be indicative of a more serious illness.

The most important thing to understand is that you know your dog best. If you see or feel anything is out of the ordinary, it’s best to give your veterinarian a call. Only you can say what is truly out of character for your dog.

What are the Most Common Puppy Illnesses? 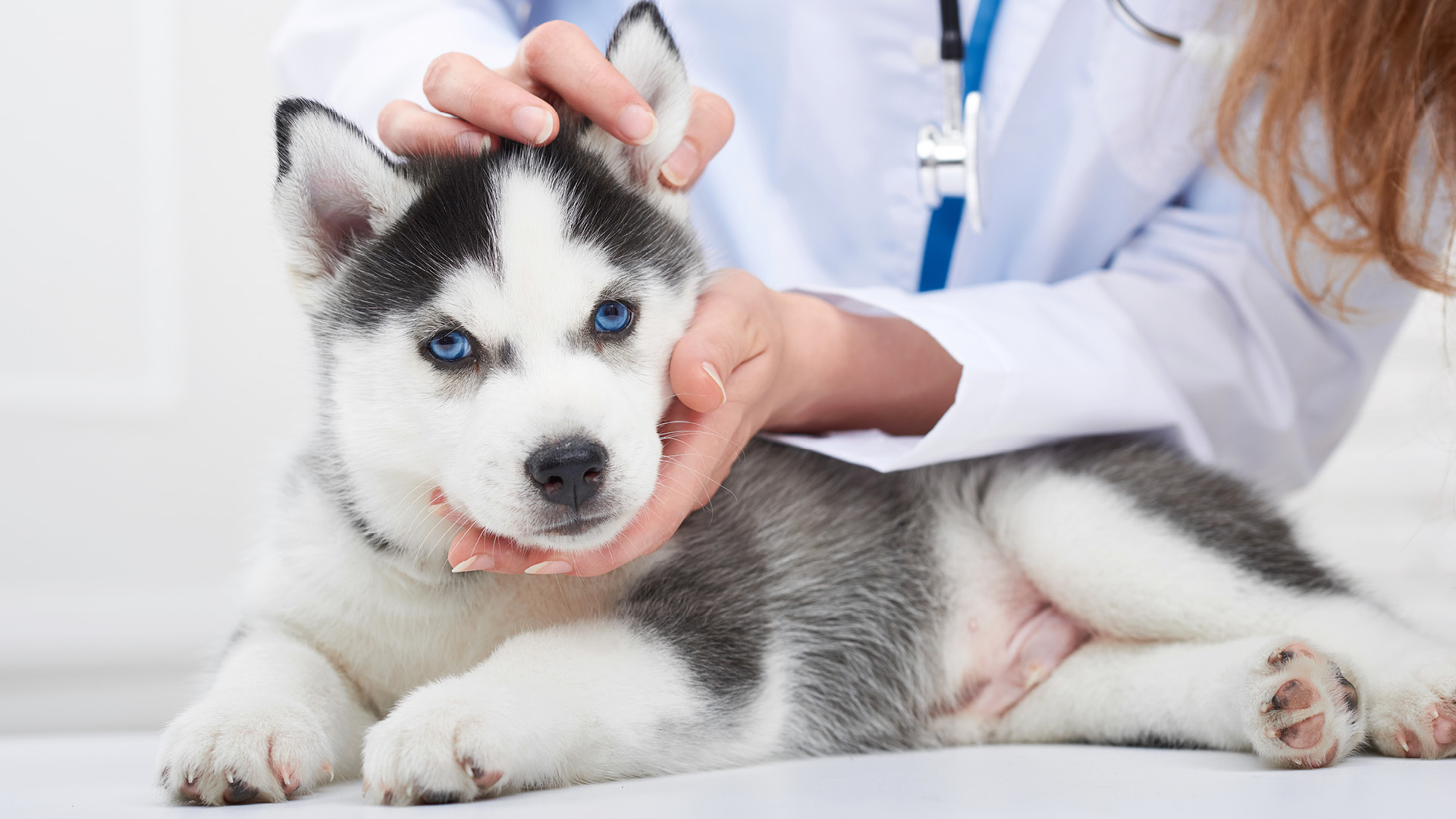 Just like with humans, there are a wide range of viruses and illnesses your new puppy can contract. Some are more common than others.

Parvovirus is a highly contagious virusopens PDF file that affects the stomach and intestines. It’s potentially fatal, although survival rates are high (estimates put it between 68 and 92 percent). It’s important to note that puppies younger than six months are most likely to contract parvovirus.

Common symptoms of Parvovirus include:

While there is no cure for parvovirus, your vet can give them treatment and antibodies to help them battle the parvovirus off. In terms of prevention, parvovirus is extremely contagious. It can even be passed from dog to human and back to dog. There is a vaccine, so until your puppy has gotten its shots, keep it away from other unvaccinated dogs (or owners with unvaccinated dogs).

Canine hip dysplasia occurs when the hip joints wear, oftentimes due to a preexisting problem with the dog’s bones or muscles. It’s most common in large breeds, although any breed can suffer from hip dysplasia.

Hip dysplasia can make it difficult for dogs to walk, run, and jump. At its most severe, it can seriously inhibit a dog’s ability to get around. In these more extreme cases, puppies can show signs of hip dysplasia as early as at a few months old. Most of the time, these symptoms start to show at around 1 year. If your new puppy seems to have difficulty walking, or takes a series of short hops when running, it may be hip dysplasia.

While there is no cure, a number of treatments and regimens can help. Painkillers, good diet, and light, monitored exercise can all help. In the most severe cases, your vet may recommend surgery.

While certain breeds are more susceptible to obesity than others, any dog can become obese. Obesity can cause a variety of problems, including the aforementioned hip dysplasia, arthritis, diabetes, heart disease, and even allergies. A pup’s ideal weight varies by breed, so it’s best to check with your vet if you think your dog has weight problems.

The best treatment is ensuring your dog exercises and has a proper diet. It’s very easy for our pets to fill up on treats or eat high-calorie foods. It’s best to use fresh, healthy, organic foods like what PetPlate offers. Keep in mind that even too much of the healthiest foods can cause problems: portion control is key.

Canine epilepsy is the most common neurological condition in dogs, although it still affects less than 1% of all dogs. Signs of epilepsy include:

In some cases, your dog may fall onto their side and make a motion with their paws as if they’re swimming. If your dog does have a seizure, do your best to calm them and make sure they’re away from hard pieces of furniture or other objects that can hurt them. If the seizure lasts more than five minutes, take them to the vet immediately. Long seizures can raise the dog’s body temperature and cause a multitude of problems.

Be aware that a seizure doesn’t always mean canine epilepsy. A variety of mild to severe issues can also trigger a seizure, including blood sugar problems, lack of electrolytes, anemia, and brain cancer. If your dog hasn’t been previously diagnosed, it’s best to contact your vet after a seizure and discuss next steps.

Dogs can suffer from a variety of cancers including melanoma, lymphoma, breast cancer, liver cancer, and stomach cancer. Although it’s rare for puppies to develop cancer, it can happen. Some common things to look out for are:

The treatment and severity differs with the types of cancer, but in all cases, your dog should see a vet immediately.

While there’s no singular cause for heart conditions, puppies unfortunately wind up with them. Even in cases where the valves or muscles are affected, heart failure can be treated with drugs. However, it’s important to catch it as early as possible. Signs of heart failure include:

If your dog seems uncharacteristically tired or weak, it’s a good idea to have them checked out.

What Symptoms Should New Puppy Owners Look for? 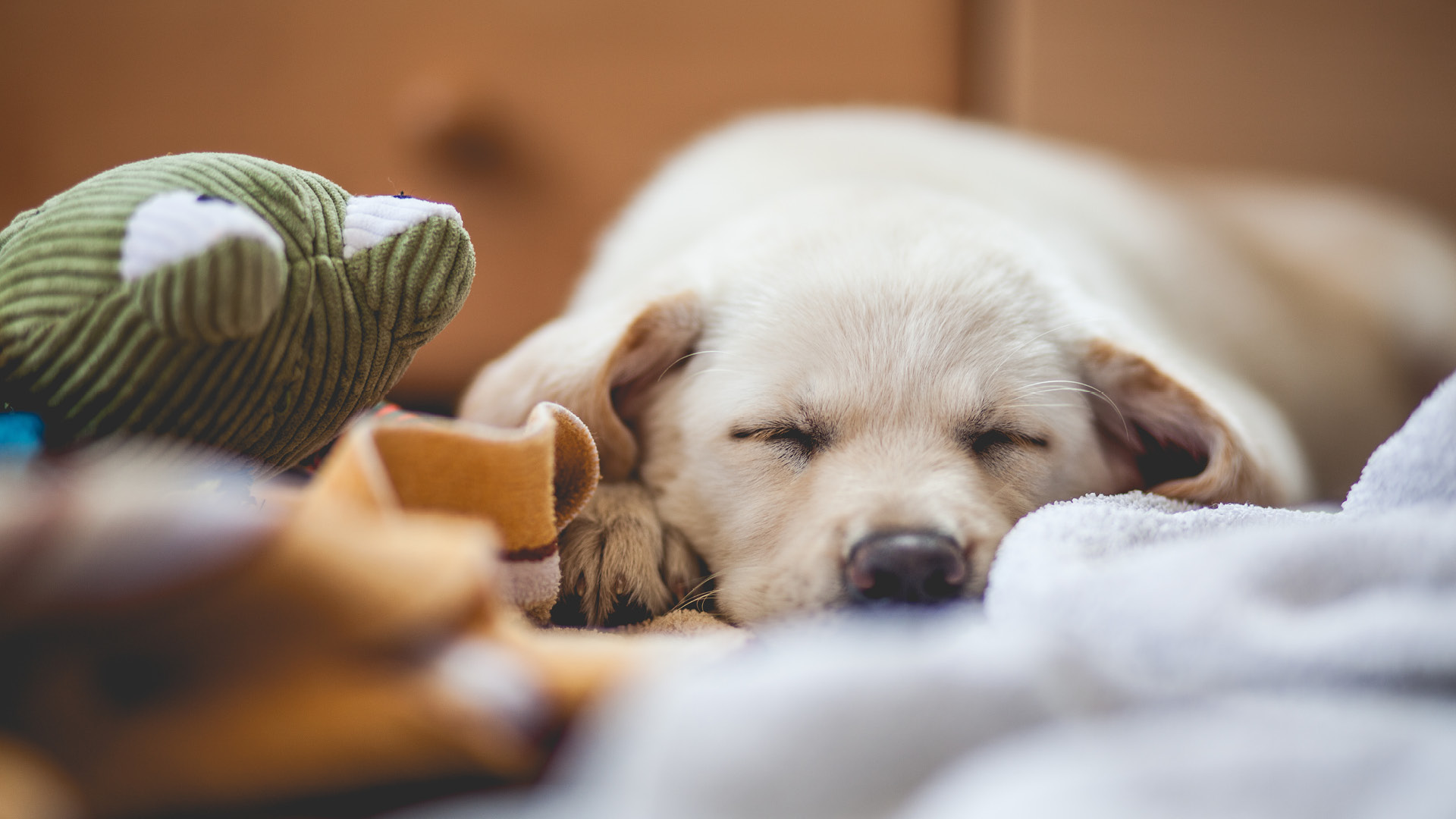 As mentioned above, the most important thing is understanding your dog. Of course, that can be tough with a brand new puppy. It’s important to consider that some dogs are more active than others, so “lethargic” for your dog might be totally normal for someone else’s pup. If you notice anything off, investigate further and potentially consult with your vet.

While different illnesses and problems have different symptoms, there are several things to look out for that are generally an indicator that something is wrong. Dogs can’t speak, so it’s important to be mindful of their behaviors and routines so it’s easier to notice when something is off. These signs include:

Which Breeds Tend to Have the Most Health Issues?

Every dog breed is different, and this includes how susceptible they are to health issues. That’s not to say that getting a particular breed means these will be sickly dogs, just that it’s worth knowing what problems may crop up. Again, it’s about being aware of what could go wrong and keeping an eye out so you can catch it early.

The breeds that tend to have health issues are (in no particular order):

While this is a lot to keep in mind, also remember that there are plenty of ways to keep your pup its healthiest. This includes regular exercise and a good diet. For help on the latter, you’ve got PetPlate!

Published by The Pet Plate Team

View all posts by The Pet Plate Team