By The PetPlate Team in PetPlate, Wellness 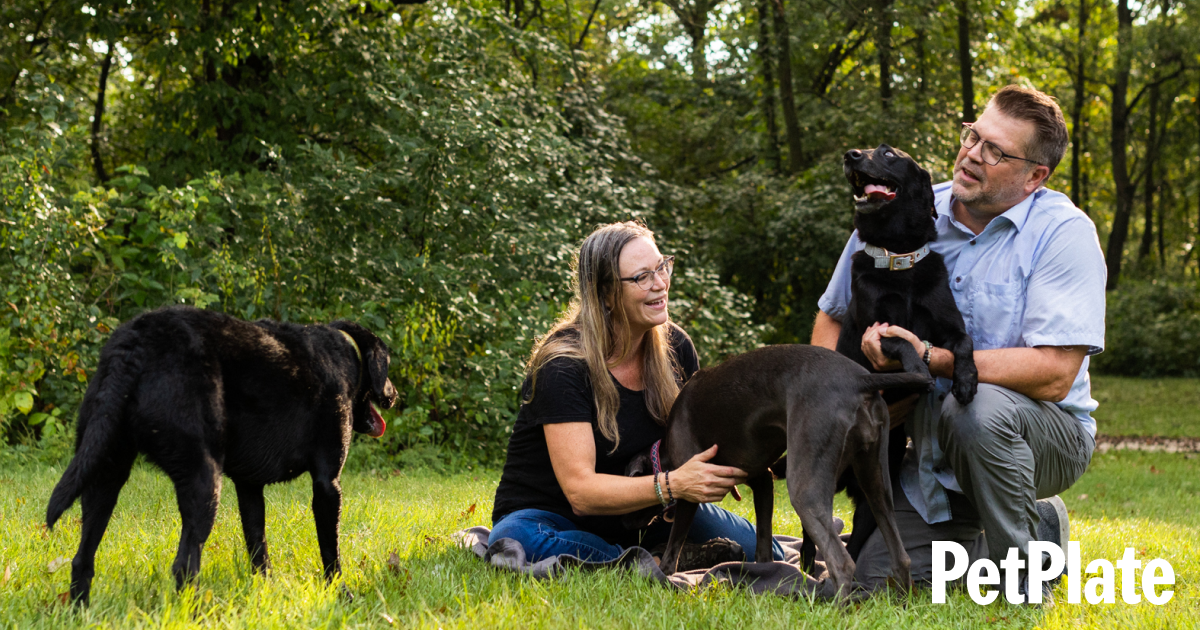 Anyone who has ever had their day yanked out of the dark by a wagging, spinning, leaping ball of love who is delighted to welcome them home knows it’s hard to quantify how being a pet parent makes life better. Researchers have figured out a few scientific strategies that spell out the benefits our loyal puppy pals leave in their wake. So let’s dig into five ways science has shown dogs improve our mental health and five ways they enhance our physical health.

If we learned anything from the pandemic apart from the value of safeguarding toilet paper, it was the emotional benefit of having a dog. Here’s what recent research has revealed about specific ways this is true:

Just ask Charlie Brown. The stats back him up. Eighty-five percent of respondents in a nationally representative survey of pet owners and non-pet owners agreed that pets could help reduce loneliness. The survey was conducted by the Human Animal Bond Research Institute. This Washington, D.C.-based nonprofit works to advance the vital role of the human-animal bond in the health and well-being of people, pets, and communities.

Loneliness can seriously impact our health. Studies have found it to be a risk factor for morbidity (the state of being unhealthy due to a specific disease) and mortality (the number of deaths due to a particular illness or condition). However, according to an Australian study, canine companionship can help—especially during lockdowns. Researchers surveyed 384 people who owned a dog or a cat, evaluating levels of loneliness, mindfulness, and mood. Their work provided “evidence that dog ownership and high levels of mindfulness protect against loneliness during a lockdown.” (Cats, not so much.)

2. Owning a dog can reduce stress and anxiety

Feeling overwhelmed by the world, the bills, or just all the zillion streaming options? Put your hands on your hound—even just 10 minutes will help. Washington State University researchers found that doing so significantly reduced the amount of the stress hormone cortisol in students. Their study complements previous research that found that even being in the presence of a dog—even one they didn’t know—was beneficial to subjects. This is part of why using dogs to soothe people in courtrooms, airports, hospitals and emergency shelters are more popular than ever.

The side effects of “puppy Prozac” are far better than those of the chemical version: dog hair on the furniture (easily vacuumed), a persistent urge to kiss your dog on their head and a good mood that lasts way more than four hours (no need to call a medical professional). In addition, studies [check out a review of 69 of them here] show that dogs help fight depression.

Recent research is shedding light on how, chemically, dogs boost our mood. Many scientists believe it stems from the activation of our oxytocin systems. Simply staring into your dog’s eyes raises the “love hormone” levels, according to one study.create new email In a follow-up study, the scientists found that the gaze increased the oxytocin levels in the dogs, too. They concluded that the mutual gaze between dogs and the people who care for them produces a very similar physiological profile to what’s observed between mothers and infants.

Research continues to expose how critical social connection is to our health. According to the National Institute on Aging, the health risks of prolonged social isolation are equivalent to smoking 15 cigarettes a day. It can hurt our mental health, too.

Dogs help us make friends. Not surprisingly, when you consider interactions during dog walks, one study found that pet owners were significantly more likely to get to know other people in their neighborhood than non-pet owners. Around 40% of pet owners reported receiving one or more types of social support via people they met through their pets.

They’re powerful tools for helping veterans with post-traumatic stress disorder (PTSD). One study found that veterans with service dogs reported lower depression, higher quality of life, and higher social function than those without. Study participants living with a service dog also exhibited significantly less severe PTSD and less anger, anxiety, sleep disturbance, and alcohol abuse symptoms. Being a pet parent can also help civilians cope with addiction recovery. More and more rehabilitation centers are not only using animal-assisted therapy but also welcoming patients to bring their dogs with them during their stay. 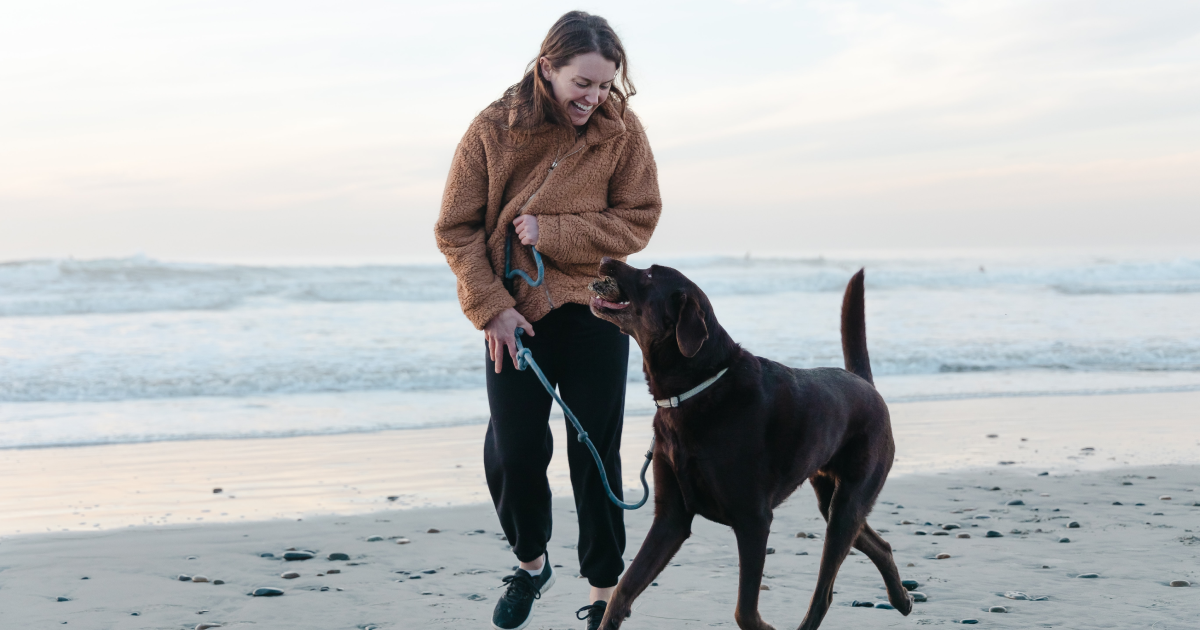 5 Proven Physical Health Benefits of Having a Dog

Pet parenthood boosts our health, and helping our bodies and minds is far more pleasant than kale, Crossfit, or kombucha. Here are five top physical health benefits of owning a dog:

1. Having a dog helps you stay active

Even if you’re not the one doing the running, catching, and chasing when you play fetch with your dog, it still adds healthy movement to your day. For example, one Canadian study found that people who regularly took their pups out engaged in roughly 300 minutes of walking per week compared to non-dog owners, who only exercised half as much.

2. Having a dog can improve heart health

While it’s obvious (to us!) that dogs make our hearts happy, science also proves hounds are good for our tickers. Researchers found that across 3.8 million study participants, owning a dog offered a 24% risk of cardiovascular mortality compared with people who did not have dogs in their families. Would owning four dogs nearly knock out heart attack risk? If there’s a study, we’d like to join.

3. Having a dog can decrease high blood pressure

None other than the brainiacs at Harvard Medical School outline the myriad health benefits of pet parenthood in getting Healthy, Get a Dog. For example, several studies have shown that dog owners have lower blood pressure than non-owners. Other studies show that blood pressure goes down while a person pets a dog—even if the dog is not theirs.

4. Having a dog can reduce cholesterol

5. Having a dog may save your life

Studies have shown that dog ownership is associated with a lower risk of death from cardiovascular issues and a lower risk of death in general. For service dogs, saving their parent’s life comes with the job—which doesn’t make their efforts any less noble. Take Orlando, for example. The Golden Retriever saved the life of his owner, Cecil Williams, who passed out on a New York City subway platform. The dog tried to hold Cecil up but couldn’t prevent him from toppling onto the tracks. Then, Cecil jumped down and tried to get him to move away. When he couldn’t, the dog rolled over him and lay there as the train passed over them. Miraculously, neither were injured. Of course, dogs don’t need special training and a service vest to save lives. The internet is filled with stories from around the world of dogs saving their parents. For example, Lacresha Slappy’s dog King tugged on her hair and scratched her until she woke up in the middle of the night when their home caught fire. King led her toward the door, where they were both rescued by the fire department. 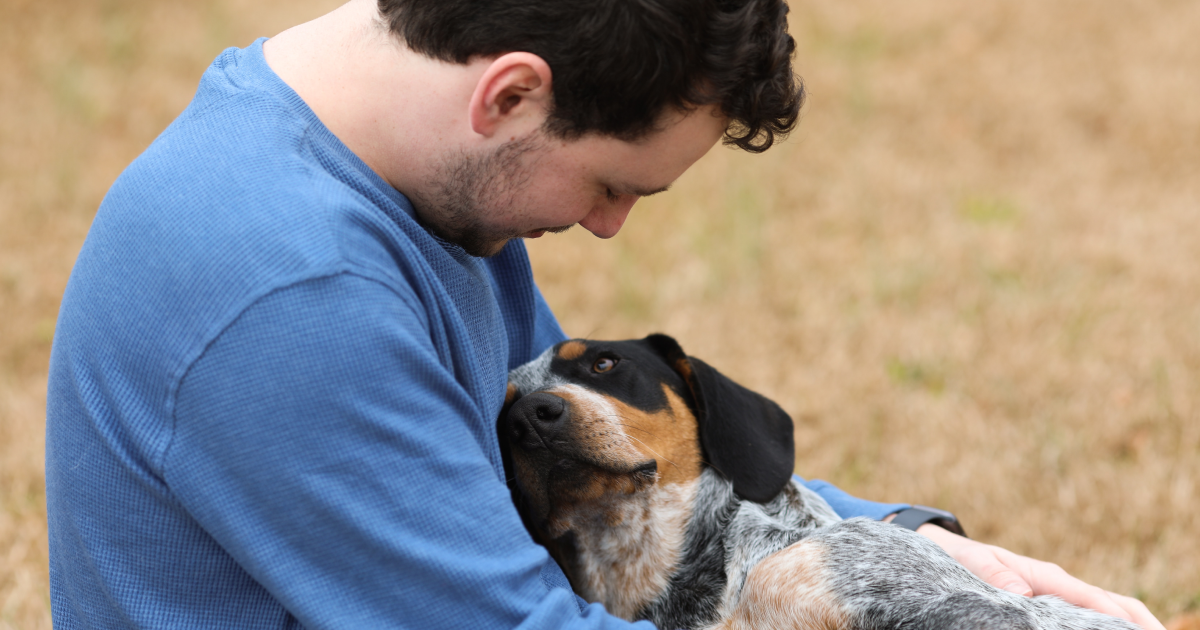 FAQ About the Health Benefits of Having a Dog

There’s so much to learn about how dogs make us happier and healthier. Here are answers to a few most popular reader questions:

Can my dog be an emotional support animal?

To be legally considered an emotional support animal (ESA), a dog must be prescribed by a licensed mental health professional to a patient with a disabling mental illness. In addition, a therapist, psychologist, or psychiatrist must determine that the dog’s presence is needed for the patient’s mental health.

What does an emotional support dog do?

Emotional support dogs are different from service dogs, who “are individually trained to do work or perform tasks for people with disabilities,” according to the Americans With Disabilities Act. ESAs support their owners through companionship and can help ease anxiety, depression, and certain phobias. They are different from psychiatric service dogs, who are trained to detect and recognize the beginning of a psychiatric episode and then help ease the effects of that psychiatric episode.

How to register your dog as an emotional support animal

To receive the rights under the laws afforded emotional support animals, you do not need to register your dog anywhere online (though plenty of websites will take your money!). You only need a prescription from a mental health professional. It must be signed, dated, and include their license number. These letters are only good for one year. Learn more here.

What are the best emotional support dog breeds for anxiety and depression?

Yours! The dog you already have can often be trained to ease your anxiety and depression. But if you’re looking to rescue a new family member, consider dogs with high levels of confidence, sociability, and trainability; breeds such as mutts, English Labrador Retrievers, Golden Retrievers, Poodles, Cavalier King Charles Spaniels, Bichon Frises, and Basset Hounds. Read more here. 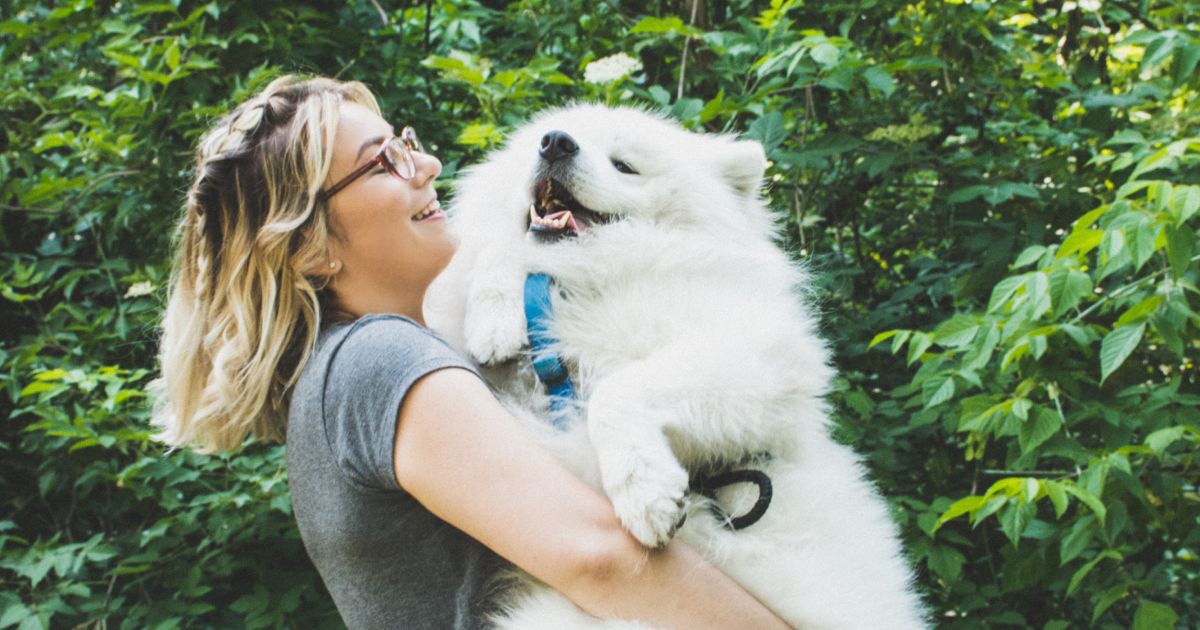 Beyond all the love and laughter they add to your life, dogs bring proven mental and physical health benefits. Return the favor by nourishing them with food created to keep them healthy and flavors that make them happy. PetPlate delivers veterinarian-formulated, delicious meals made from 100% human-grade ingredients to help keep your furry family and you healthier and happier.

Published by The PetPlate Team

View all posts by The PetPlate Team