By Sarah Ratliff in A Dog's Life 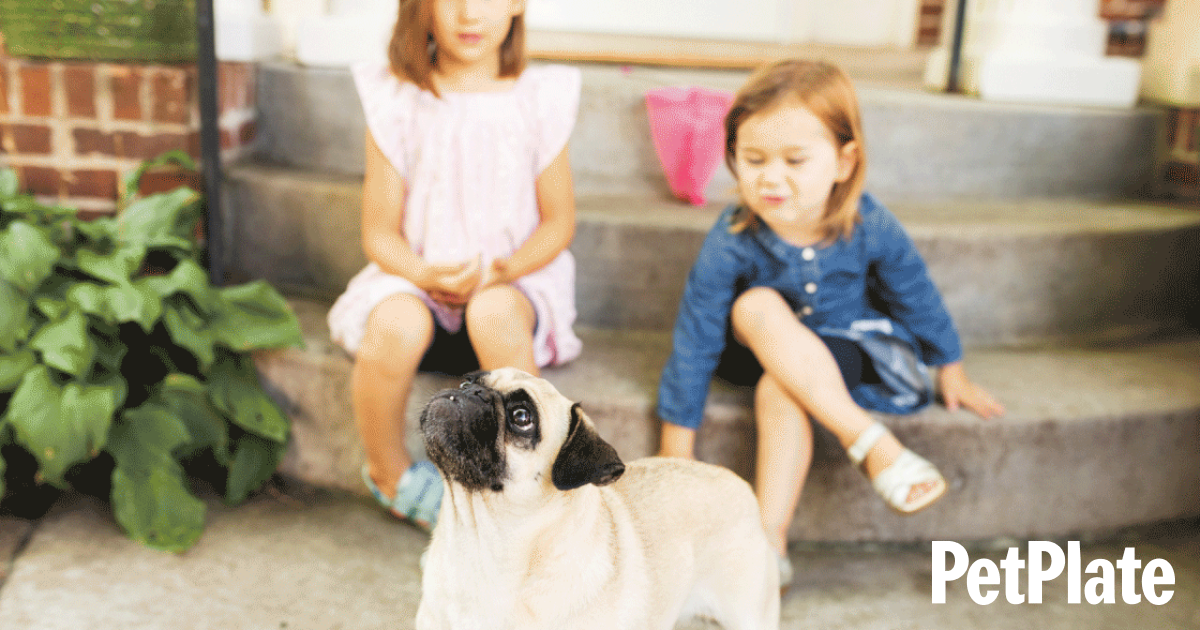 Can Dogs See Colors? What You Need to Know About Your Dog’s Vision

Have you heard that dogs can’t see colors? The chances are good that you have, since this idea is widely believed and often repeated. Dogs can only see in black and white, someone might have told you, in an authoritative voice suggesting they had read all about it and knew it for a fact.

Despite how many people believe this, it just isn’t so. Many people have false ideas about what their dogs can and cannot see, and as a result they badly underestimate their dogs´ visual abilities. If you took the idea that dogs only saw in black and white seriously, you’ll be surprised and delighted to discover that the truth is far more fascinating.

Scientists who’ve studied the question have now revealed a ton of information about how dogs perceive their environments. As a result we now know that, like their human companions, dogs live in a world filled with color.

Dogs absolutely can see colors. They just don´t see all of them. It would be correct to say they are partially colorblind, but not completely so. When you’re with your dog and watching a scene unfold in front of you, there’s a great similarity in what you both are seeing. There are differences, in both color content and in how bright certain things appear. But you can rest assured that your dog is not seeing black, white and gray exclusively. What they are looking at is far more vivid, complex and interesting than that.

What Colors Can Dogs See?

The world as a dog sees it exists as varying shades of blue, yellow and gray. Where you would see a range of colors other than this, everything they see is grouped into one of these three categories. Despite the limitations in their visual range, there is still diversity, because they do see both lighter and darker versions of the three primary colors they can perceive.

If you’ve ever known a person who has red-green color blindness, meaning they can’t see those two colors, you’ll be familiar with someone whose visual capacities are very close to those of your dog. In a dog’s vision, greens become grays, and reds become dark brown, meaning they can be seen but not in the same way as they appear to humans. It should be noted that dogs can detect the contrasts that exist between the different colors of the objects they see in their environment, even if they can’t perceive every color with 100-percent accuracy.

Why Do Dogs Only See These Colors?

The eyes of mammals like dogs and humans feature a complicated array of nerve cells that allow for the detection of light and color. These cells consist of rods, which detect light levels and movement, and cones, which allow an animal to identify colors. While human beings are blessed with a larger number and greater variety of cones, dogs have more rods, which creates a distinction in the type and quality of the vision each species enjoys.

Human eyes have three types of cones, all of which are tuned in to different wavelengths of light. This allows us to see and distinguish between red, blue, and green, while also perceiving a full range of other colors like yellow, orange, and purple. Colors also seem brighter to us because, in addition to having different types of cones, we also have more of them. On the other hand, dogs only have two types of cones, which restricts them from seeing blue and yellow. Dogs have the edge on us in the rod department, possessing more of them than we do. The result is they can see better in dim light and identify moving objects more easily. 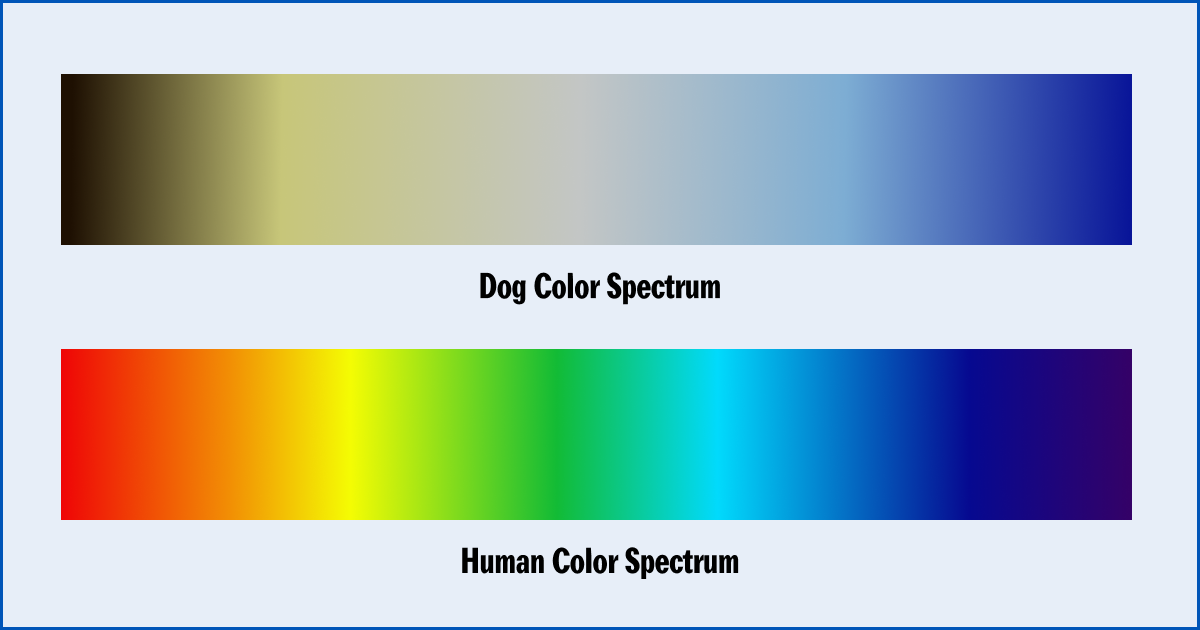 Other Frequently Asked Questions about What Colors Dogs Can See

A human being will see a bright, beautiful rainbow as a vivid mixture of:

The colors will be arranged in that order from shortest to longest wavelength. Looking at the exact same type of atmospheric phenomenon, a dog would see a succession of colors that all fit within a yellow-blue-gray framework. From shorter to longer wavelengths, they would see

A dog sees green, yellow, and orange with a yellow-brown tint, violet and blue as blue, and bluish-green as gray. What colors can dogs see best?

Because they are especially sensitive to yellow and blue, dogs will see objects that possess these colors more clearly than other objects. When a human being sees something in a bright red or green hue, it will stand out, but to a dog, such an object will have a much duller and more indistinct appearance.

What color is hardest for dogs to see?

It’s interesting that so many dog toys are stained, dyed, or painted red. This is a peculiar choice, because this is an especially difficult color for dogs to see. In a dog’s visual field, a red object will appear as very dark brown or even black, meaning it will blend into a darker background and be quite difficult for them to perceive. Pet parents purchase red toys for their dogs based on how vibrant and bright these objects appear to them, and they falsely assume their dogs will have the same response to them as they do.

Because dogs can see the colors blue and yellow exactly as they are, these colors will stand out for them in any environment. Blue and yellow are the colors dogs like to see the most, and that’s why you’d be wise to choose toys, beds, and food dishes for your dog that are one or both of these colors.

Can dogs see in the dark?

There is a widespread belief that dogs can see in the dark. In fairness, their behavior sometimes suggests this, as they seem able to make out objects or movements that humans miss. But this idea isn’t exactly accurate. All animals, including dogs, need a certain amount of light to be able to see, meaning that none can see in pure darkness (or anything close to it). What really helps the dog is that they have a layer of reflective cells behind their retinas known as the tapetum lucidum. This layer of cells acts like a mirror in the eye, reflecting light back to the retina in a form of double exposure. This magnifies the light in dimly lit environments and helps dogs see more clearly than humans ever could. Rewarding Your Dog with the Colors they Love

Now that you know all about what colors dogs can see, you’ll be able to better customize your dogs’ living spaces to align with their true visual abilities. Dogs add color to our lives through their playful natures and infectious enthusiasm, and we can add color to their lives by altering their environments to make them more stimulating and interesting.

At PetPlate, we care about about how dogs see the world. That’s why our delicious and nutritious meals arrive in a bright blue box that will let your dog know immediately that something special is coming their way. Those wonderful colors will bring them running, and the fabulous contents of the box will reward them for their effort!

View all posts by Sarah Ratliff