5 human foods that are toxic for dogs

By The Pet Plate Team in Nutrition 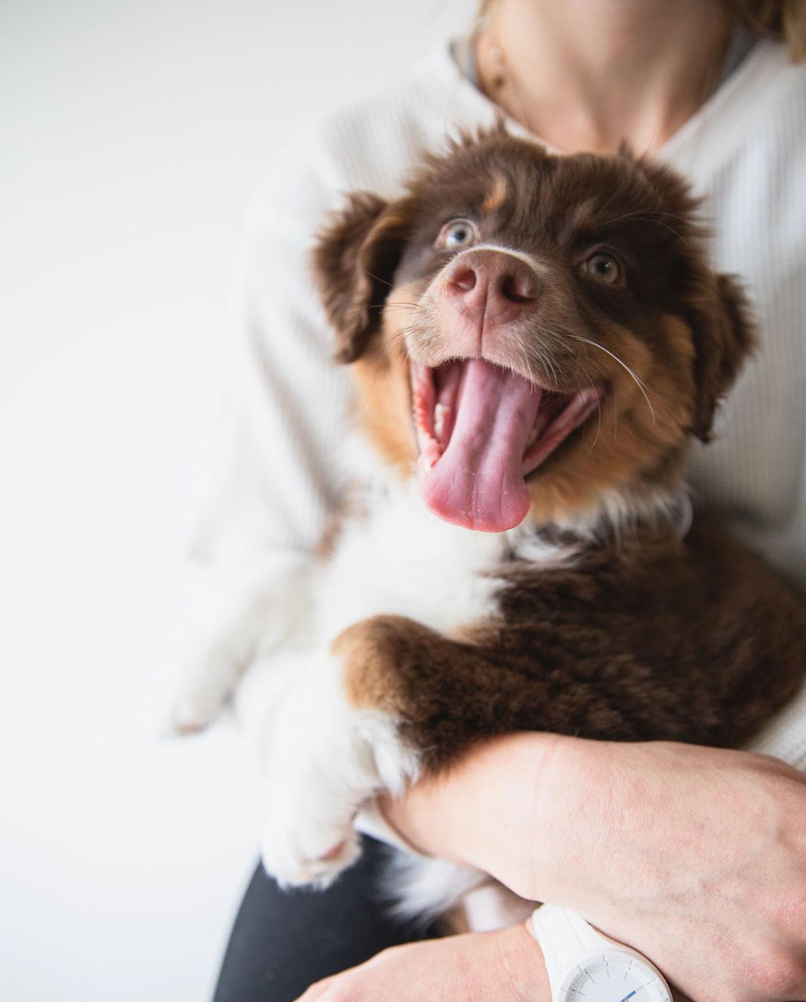 We’d be lying if we said we never snuck our pup a scrap from the table. It’s impossible to resist those big eyes and that goofy grin every single time. The good news is that a lot of human foods are incredibly nutritious for dogs, especially when formulated for a dog’s diet. The bad news is that even a single bite of certain foods can be incredibly dangerous to your dog’s health. Some human foods are more toxic than others for dogs and can cause major illness and sometimes death, even in small amounts. These five foods are among the worst and should be avoided at all costs.

Chocolate is great in cookies and brownies, but should never be fed to your dog. It contains a chemical called theobromine, which acts as a diuretic and cannot be metabolized by your dog. The darker the chocolate, the higher the levels of theobromine and therefore the greater potential danger.

Theobromine is toxic to dogs starting at around 10 mg per pound of your dog’s weight and can become fatal at roughly ten times this amount, or 100 mg/lb. Dark chocolate can contain up to 450 mg of theobromine per ounce, which means your dog doesn’t need to eat much of it to be sick. By comparison, milk chocolate contains around 50 mg/oz of theobromine, and white chocolate clocks in at just 0.25 mg/oz.

The symptoms of chocolate poisoning include vomiting, diarrhea, urinating, panting, and a rapid heartbeat. These typically appear within a few hours of ingestion and can last for several days. If you discover that your dog has eaten chocolate immediately after it happens, vomiting can be induced by a veterinarian to prevent symptoms. Activated charcoal and IV fluids can also be given to help reverse the effects.

One of the most toxic on the list, onions are also the sneakiest ingredient to look out for. While it’s easy to simply avoid giving your dog raw or cooked onions, this vegetable makes its way into a ton of other foods, often in powdered form. Onion powder can hide in pizza and pasta sauce, bread, baby food, takeout, and more.

Onions contain thiosulphates and disulfides, two compounds that are extremely toxic to dogs. Ingestion of either can lead to anemia and other types of red blood cell damage, eventually causing the cells to weaken and burst. Just 0.5% of your dog’s body weight in onions is enough to be toxic.

The signs of onion ingestion are vomiting and diarrhea, followed by shortness of breath, pale gums, rapid heart rate, and reddish urine. These symptoms often take several days to a week to appear.

The toxicity of grapes in dogs is baffling to scientists; no one is sure what exactly causes the reaction. What we do know is that grapes cause sudden kidney failure in many dogs. Symptoms begin with vomiting and diarrhea, followed by signs of kidney failure: dehydration, difficulty urinating, bad breath, seizures, and coma.

While experts continue to narrow down what it is about grapes that makes them so toxic to dogs, it’s best to avoid your pet coming into contact with any form of the fruit. This includes raisins, which are simply grapes in dried form. Just a small amount of either is enough to be incredibly harmful to your dog.

If your dog does inadvertently eat grapes or raisins, call your vet’s emergency line immediately. Depending on the circumstances, your vet will either have you bring your dog in immediately or give you instructions on how to induce vomiting at home.

Xylitol is a sugar substitute commonly used in diet and sugar-free foods. It’s a naturally occurring sugar alcohol with few calories and a low glycemic index, making it safe for consumption by people with diabetes. Conversely, it is not at all safe for consumption by dogs. While the human body can process xylitol without releasing any insulin from the pancreas, the opposite is true in canines.

When dogs ingest even a small amount of xylitol, it causes a sudden release of insulin, leading to hypoglycemia or extremely low blood sugar. Symptoms appear very rapidly, usually within an hour. This is extremely dangerous for your pup and can lead to liver failure and even death if left untreated.

Since different products contain vastly different amounts of xylitol, it can be hard to tell how much will be toxic for your dog. It’s better to play it safe than sorry and call the vet immediately if you suspect that any amount of xylitol has been ingested. Quick intervention is key to preventing a life-threatening scenario for your pet.

Like grapes, experts are not sure exactly why dogs react badly to macadamia nuts. This seems to be unique to dogs, as cats and other animals are not affected. Regardless, you should be very careful to never let your dog come into contact with this nut, commonly found in baked goods and trail mix. Five hundredths of an ounce of macadamia nuts per pound of your dog’s body weight is enough to make him or her sick.

Macadamia nuts seem to primarily affect dogs’ nervous systems. This usually manifests as hind leg weakness, shaking, and inability to walk. Other symptoms include vomiting, diarrhea, and a high fever. However, the good news is that macadamia nuts usually aren’t fatal for dogs, and most make a full recovery with adequate treatment from a vet.

Now that we’ve gone over the five most toxic human foods for dogs, we’ll leave you with a short list of table scraps that are okay for your dog to eat in moderation. Remember to only feed these to your dogs in small amounts, and make sure they’ve been thoroughly washed and aren’t cooked with other foods that could be toxic.

Kyle Holgate writes about all things dog on his website Woof Whiskers. He’s most passionate around researching and analyzing dog food nutrition and how pet owners can better care for their pets. His articles have been featured on websites like Pet Food Industry and Business Insider. He owns two mixed breeds – a Golden Retriever/Australian Shepard mix named Kartoffel and a Husky mix named Pidgy. Kartoffel and Pidgy love helping Kyle with paws-on reviews of all the latest and greatest pet products for the site.

Published by The Pet Plate Team

View all posts by The Pet Plate Team