Official Guide to State Dogs—Does Your State Have One? 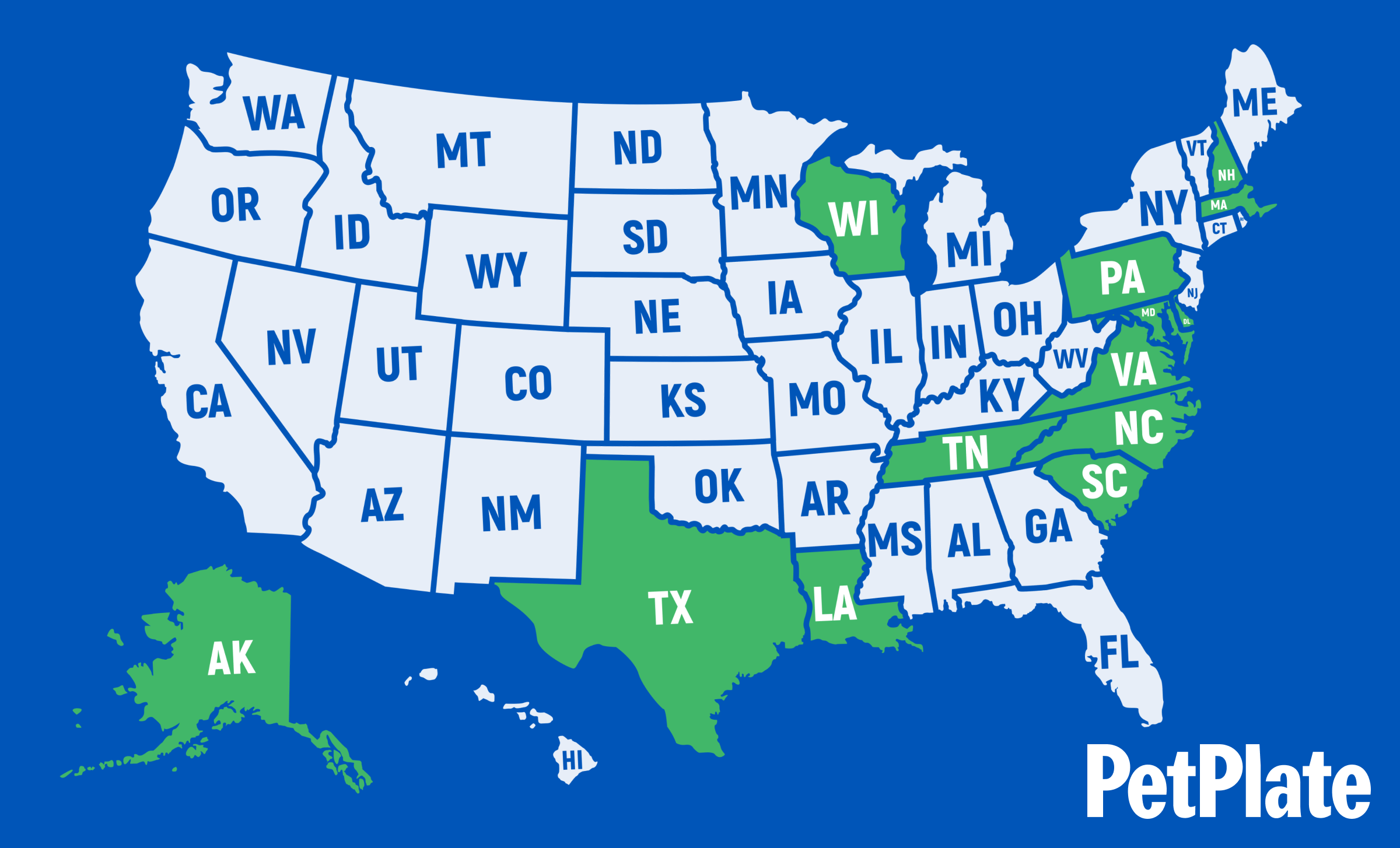 Over the years, individual states have looked for ways to express pride in their heritage. And with all due respect to songs, birds and flowers, we’d say the best possible example of this is the selection of dogs as symbols of the state’s culture and history. After all, different breeds of dogs are a part of what makes America’s geographical mosaic so special and unique!

So does your state have a state dog? Yes, you better believe that’s a thing. Learn if you’re lucky enough to live in one of the 13 places that has its own pup, in our comprehensive state dogs guide! The majority of states have yet to choose an official state dog (boo). But 13 have, through legislative decrees that have occasionally been motivated by public campaigns.

The list of states that have state dogs as of 2022 includes:

What is the State Dog of Alaska? 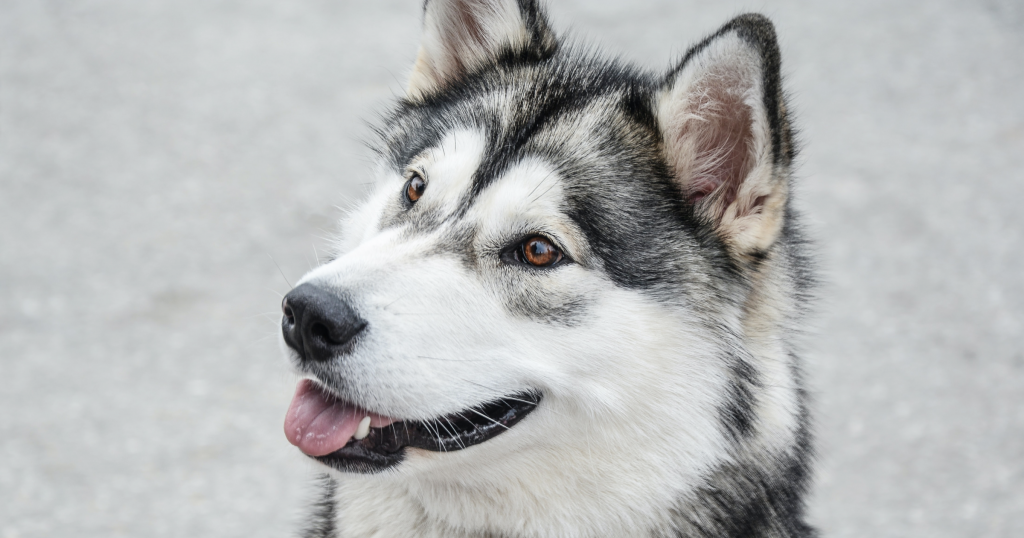 In 2007, a group of schoolchildren at Polaris K-12 school in Anchorage petitioned the state legislature to have the Alaskan Malamute named the official state dog of Alaska. Honoring the true spirit of representative democracy, in 2010, legislators and the governor approved the kids’ request, making the Alaskan malamute state dog of Alaska.

Alaskan Malamutes have occupied northern lands for thousands of years, helping many generations of settlers survive on the frozen tundra. Alaskan Malamutes can track, hunt, act as pack dogs, and carry heavy sleds for great distances. They possess the hardy perseverance that defines the Alaskan spirit, just as the official state dog should.

What is the State Dog of Delaware? A tablet at the Statue of Liberty says, “Give me your tired, your poor, your huddled masses yearning to breathe free.” In Delaware, these values were reflected in the state legislature’s 2019 decision to declare “rescue dogs” the official state dog of Delaware.

These gentle souls desperately need good, loving homes, and anyone choosing to adopt rescue dogs will be heeding the Statue’s call to welcome the neediest with open arms and open hearts!

What is the State Dog of Louisiana? The Catahoula Leopard Dog has been the official state dog of Louisiana since 1979. The strikingly spotted pup is renowned for its ability to find and round up livestock wandering in just about any terrain, including Louisiana bayou territory.

Frequently sporting different colored eyes, this large and active cattle dog has a long history in North America, with a presence that predates the Louisiana Purchase. It’s a cross between a Spanish war dog that entered the region in the 1500s and a domesticated dog kept by Catahoula Lake region Native Americans.

What is the State Dog of Maryland? The Chesapeake Bay is synonymous with Maryland, which is why the state legislature chose to designate it the official state dog in 1964. The “Chessie” is also the official mascot of the University of Maryland, revealing how deeply entrenched this species has become in the culture of one of America’s 13 original colonies.

The intelligent and protective Chesapeake Bay Retriever is genetically linked to a pair of Newfoundland dogs rescued from a sinking British ship in 1807. While originally bred to serve hunters, the Chessies have broken out of their retriever mode and gained a reputation as one of the most family-friendly dogs.

What is the State Dog of Massachusetts? When the state’s legislature met in 1979 to select a state dog, the choice was obvious. While not an intimidator, this smart and friendly little terrier is plucky and brave, just like the colonists who stood up to the British bullies in Boston back in pre-Revolutionary times.

The Boston Terrier wasn’t around to see the Boston Tea Party. But it is the nation’s first purebred dog, first appearing in 1869. It emerged from the crossing of an English Bulldog with an English Terrier, but it is a uniquely American creation.

What is the State Dog of New Hampshire? 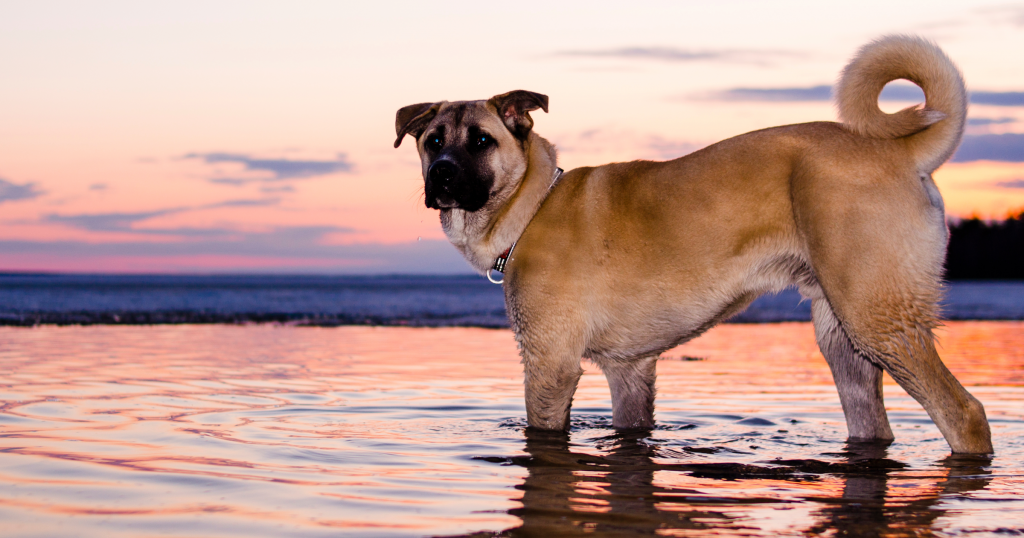 The ultra-rare but super-friendly Chinook was designated the official state dog of New Hampshire in 2009, in response to a letter-writing and petition campaign by seventh-grade students at Ross A. Lurgio Middle School in Bedford. Arthur Walden developed this lesser-known sled dog on his New Hampshire farm in 1917, an action inspired by the breeder’s experience with sled dogs in Alaska during the Klondike Gold Rush of the 1890s.

The Chinook emerged from the crossbreeding of a Greenland Husky and a St. Bernard/Mastiff mix. Walden’s efforts to make a hardy sled dog were so successful that Admiral Byrd selected his dogs to carry supplies during his 1929 Antarctic Expedition.

What is the State Dog of North Carolina? The state legislature designated the Plott Hound state dog of North Carolina on August 12, 1989. This tenacious tracking-and-hunting dog is the only breed created exclusively in the Tarheel state, so talk about an ideal choice.

The Plott Hound was created by the Plott family (surprise!), who in the 18th and 19th centuries tirelessly strove to breed a hunting dog fierce enough to hunt bears and wild boars. Interestingly, the forerunners of the Plott Hound were brought to the American colonies by patriarch Johannes Plott in 1750. This means the dog’s evolution into a new species paralleled the American colonies’ evolution into a new nation.

What is the State Dog of Pennsylvania? 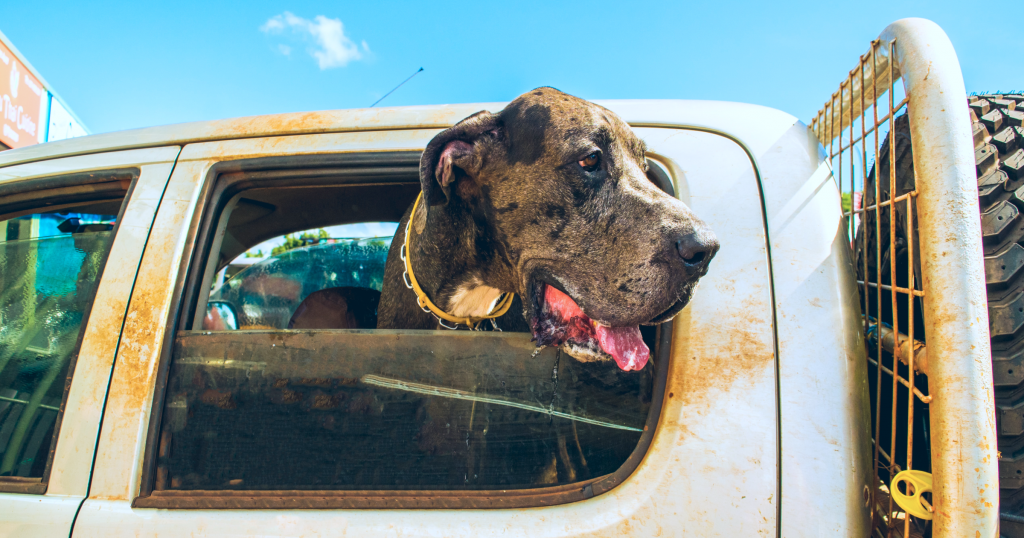 Pennsylvania’s state legislature voted the Great Dane their official state dog in 1965. Perhaps they had a “bigger is better” mentality, or maybe it’s because the founder of the Pennsylvania Colony, William Penn, owned a Great Dane. Yep, this towering but highly sociable dog was right there from the start.

While you might assume they hailed from Denmark, the Great Dane was actually developed in Germany. This breed may be as much as 400 years old and would have been imported to America from Europe throughout the colonial era. The Great Dane has been around to witness all the momentous events of American history and is therefore highly deserving of state dog status.

What is the State Dog of South Carolina? 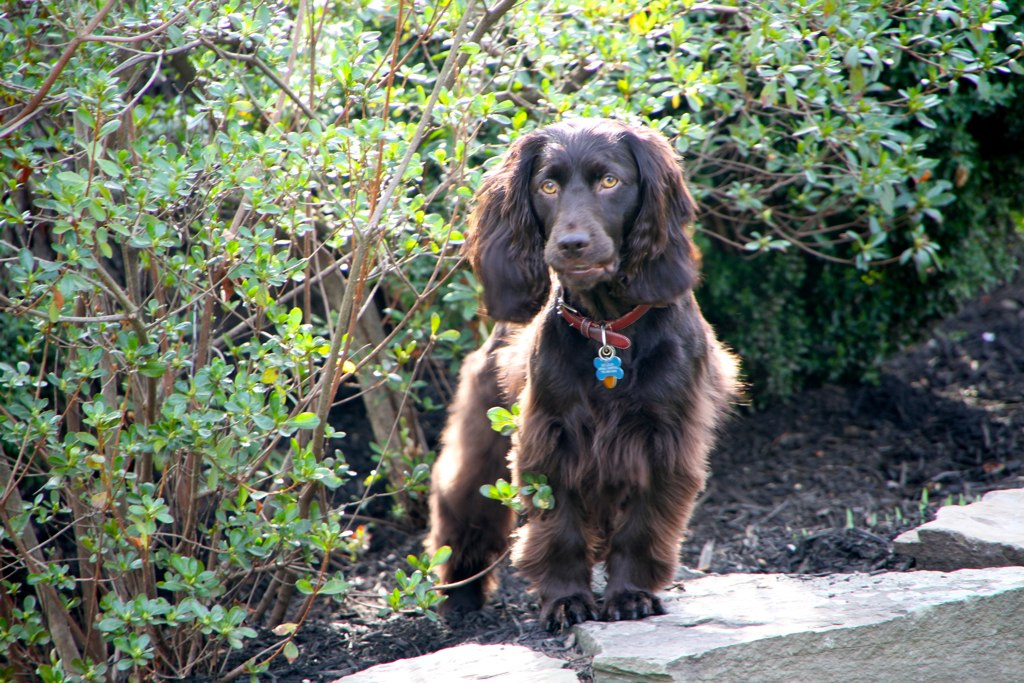 When the legislature met to select an official state dog of South Carolina in 1985, they quickly identified the Boykin Spaniel as the best choice. This small, curly-haired hunting dog was bred entirely in South Carolina and remains a popular pick for anyone specifically seeking waterfowl retrievers or simply loving family pets.

The state dog of South Carolina was developed by an individual named L.W. Boykin, who mixed two stray brown spaniels around 1905 to create what turned out to be a natural-born retriever. A little more interbreeding with various spaniels ultimately produced the Boykin Spaniel, which was small enough to fit on the compact boats used by South Carolina swampland hunters. Fun fact: South Carolina native Stephen Colbert is also the proud dog dad of a Boykin!

What is the State Dog of Tennessee? 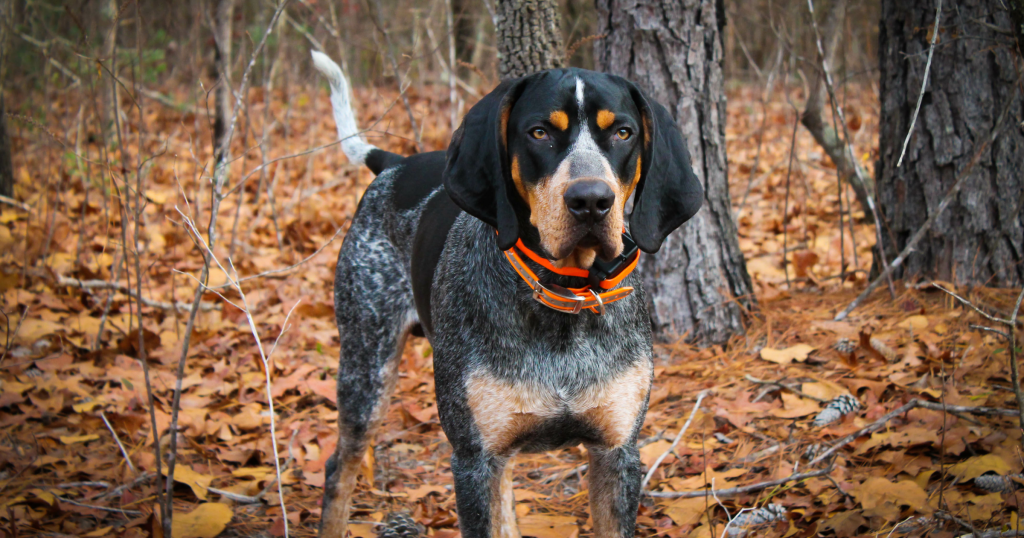 The Volunteer State only joined the parade in 2019, when their legislature named the Bluetick Coonhound official state dog of Tennessee. They were motivated by the University of Tennessee football team, which has featured a Bluetick named Smokey as their team mascot since 1953.

The Bluetick Coonhound is a hunting dog of high renown, having been originally bred to chase raccoons. Yet they are quite sweet and affectionate and make fantastic family pets. This dog can trace its lineage to President George Washington (an avid dog breeder), who took staghounds received as a gift from a French aristocrat and mixed them with several other hounds to produce the Bluetick.

What is the State Dog of Texas? This efficient herding dog is purely a Texas creation, which motivated the state legislature to officially designate the Blue Lacy their state dog in 2005.

The Blue Lacy first appeared in the 1860s. Brothers George, Harry, Frank, and Ewin Lacy bred the pup from a mixture of the greyhound, the scenthound, and the coyote. The breed came perilously close to extinction in the 1970s, but aficionados refused to let the state dog of Texas fade into oblivion, ensuring a population rebound.

What is the State Dog of Virginia? 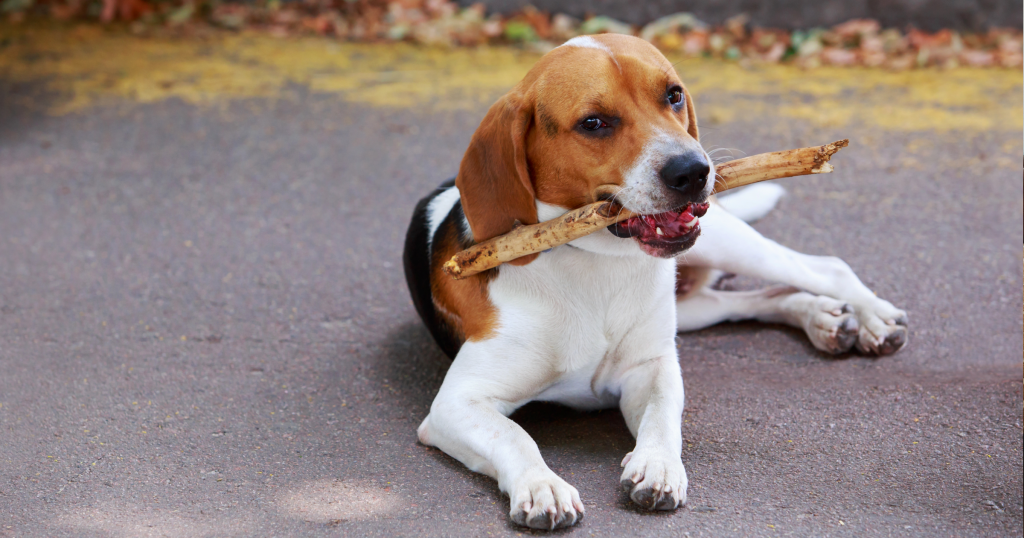 This aristocratic breed developed from hounds imported to Virginia in 1650, after which they were interbred with other hounds already present on American soil. George Washington himself is known to have participated in American Foxhound breeding programs, and many other Founding Fathers were likely familiar with this noble creature.

What is the State Dog of Wisconsin? The American Water Spaniel was promoted to state dog of Wisconsin in 1985. The Wisconsin legislature was prompted by 8th grade students from New London—which was only fitting, since the dog was developed and registered by a New London physician named Dr. Fred Pfeifer in 1920.

Adept at hunting (and making children happy) the American Water Spaniel is equally comfortable at home relaxing on the couch or splashing through wetlands chasing waterfowl. This curly-haired canine is the only breed developed exclusively in the Dairy State…so what better choice for official state dog of Wisconsin?

State Dogs Don’t Have Nothin’ on Your Dog 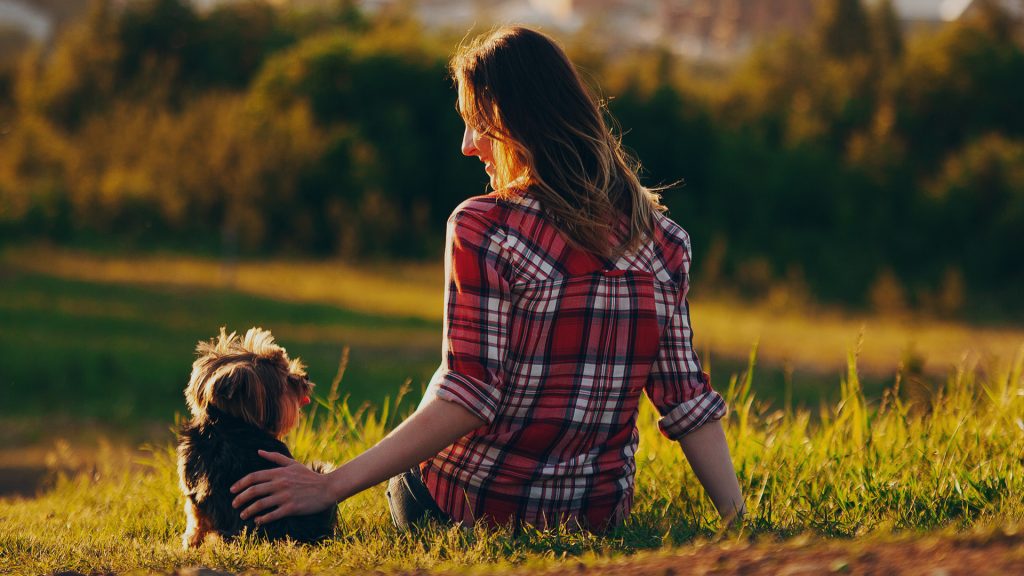 If you’re a dog owner, you don’t have to wait for the state government to issue a decree before you can honor your four-legged family members! Through acts of love, devotion and kindness (such as feeding them especially delicious and nutritious meals, say), you can let your canine companions know how much they mean to you every single day!

View all posts by Sarah Ratliff